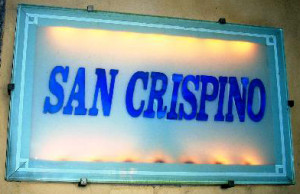 America has Ice Cream, Italy has Gelato… more on that later, but in this duel, Italy wins hands down. 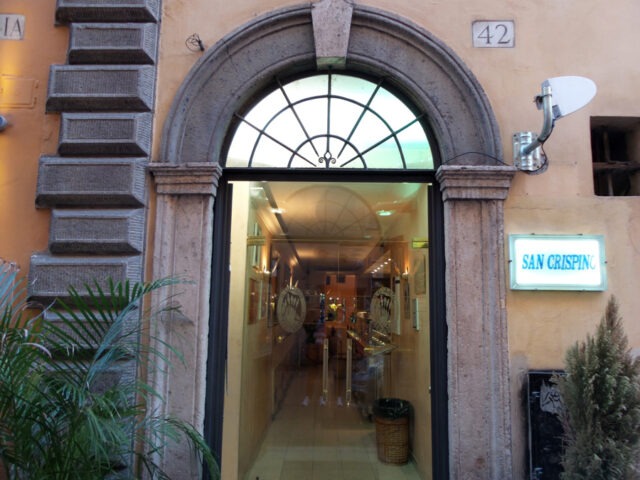 Rome was the first city stop for my wife and I, of our two weeks in Italy. All our friends told us we HAD to stop by Il Gelato di San Crispino if we wanted authentic gelato. They really stressed, truly authentic. After a few days making the mistake on warm afternoons, sampling “ok” gelato, same as in the States, we had our sights set on here. Especially since you can’t ask for it having a better location, maybe just a hundred yards from Trevi Fountain, one of Rome’s most historic and most beautiful sights. San Crispino, this little hidden treasure, when passing by, is almost unseen other than the small sign. But upon entering, it’s nothing but straight forward… Gelato, and that’s it. 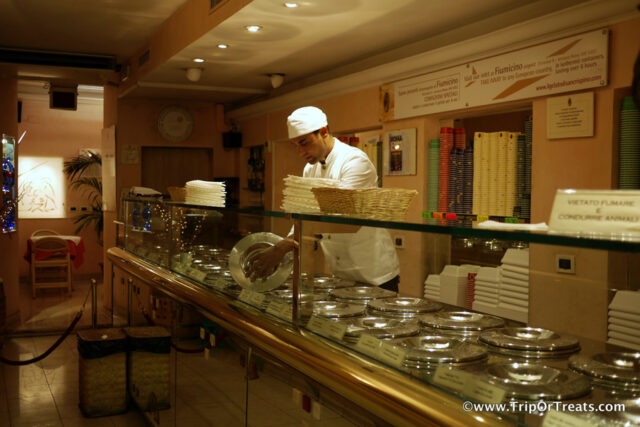 One of the friendly staff at work (photo courtesy of San Crispino).

We were greeted, though very busy, by a very nice young man behind the counter. We were pleasantly surprised by all of the unusual flavors offered, and for each one we stared at for a moment the server seemed to offer us up a sample before we could ask, as busy as he was. Many unusual, not just the typical “tourist” provided flavors. I should have taken a picture, as not only could I not remember most of them, but couldn’t make them up if I tried. I finally decided on a combination of one half, the honey, and the other half, basil. I could not believe the texture and the taste. Each one tasted so rich, packed with flavor, and so pure of natural and fresh ingredients. You can understand how they promise to always use raw ingredients, never allowing artificial preservatives, chemical emulsifiers and so on.
The major difference between Italian gelato and American Ice Cream, is that gelato uses mostly milk, along with cream, sugar and various fruit purees or other flavorings. Where ice cream uses a majority of cream, thus getting it’s namesake. This moment here at San Crispino, I knew what GELATO was supposed to be. In one word, “luxurious” !!! 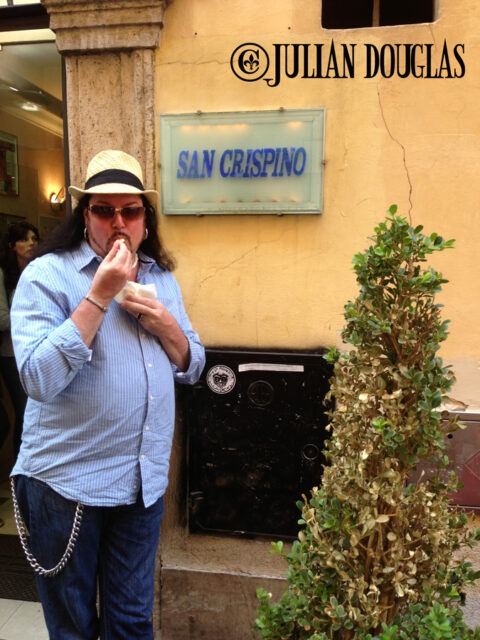 Here I am enjoying the incredible gelato. By my pose you can see I’ve had too much already 😉

People around the world, all have different opinions, that’s what makes us all unique, but I could not imagine any one saying this place serves “ok” gelato. There is a reason, though they are not one of the original, nor oldest places to serve it in Rome, that they’ve been quickly critically acclaimed for their authenticity. It’s also for a very good reason that they are just as busy now as when they first opened over 20 years ago, back in 1993. So to any friend, no matter where you venture throughout Rome, make sure you stop in here and taste what not only gelato is supposed to taste like, but Roman gelato. 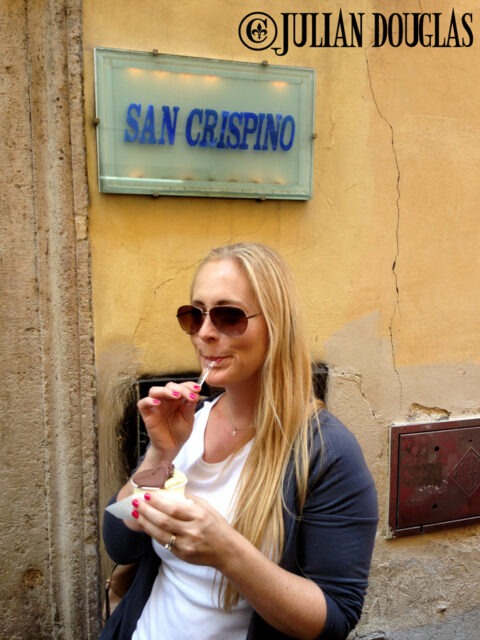 My wife Nicole, very much enjoying her gelato. 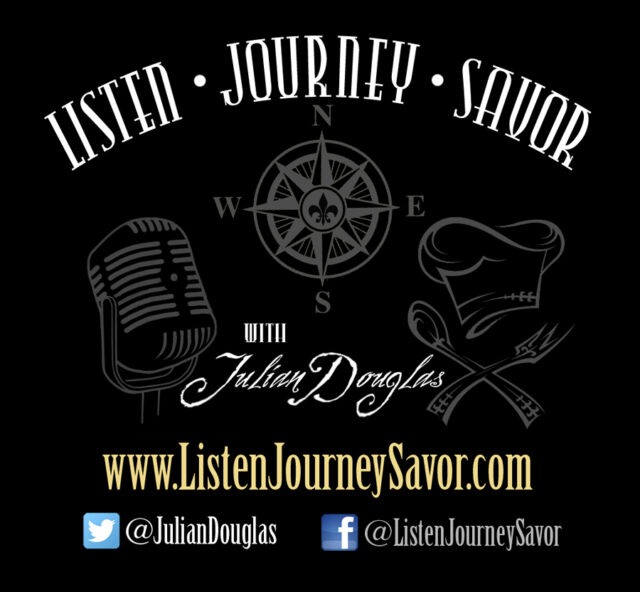